Created by Nathan Kelber and Ted Lawless for JSTOR Labs under Creative Commons CC BY License
For questions/comments/improvements, email nathan.kelber@ithaka.org.

To start this interactive lesson, click on the rocket ship in the top navigation and then select “Binder” to launch the Jupyter Notebook.

When you are in the interactive environment, you will see a Jupyter logo in the upper left-hand corner.

Description: This lesson describes operators, expressions, data types, variables, and basic functions. Complete this lesson if you are familiar with Jupyter notebooks or have completed Getting Started with Jupyter Notebooks, but do not have any experience with Python programming. This is part 1 of 3 in the series Python Basics that will prepare you to do text analysis using the Python programming language.

Use Case: For Learners (Detailed explanation, not ideal for researchers) 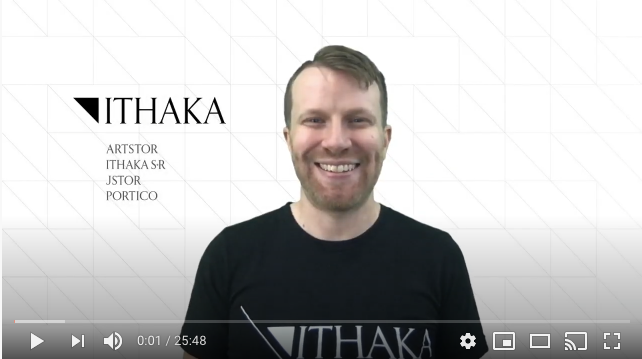 Python is the fastest-growing language in computer programming. Learning Python is a great choice because Python is:

The second most-popular language for digital humanities and data science work is R. We plan to create additional support for learning R soon. If you are interested in helping develop open educational resources for R, please reach out to Nathan Kelber (nathan.kelber@ithaka.org).

The skills you’ll learn in Python Basics 1-3 are general-purpose Python skills, applicable for any of the text analysis notebooks that you may explore later. They are also widely applicable to many other kinds of tasks in Python beyond text analysis.

Every programmer at every skill level gets errors in their code. Making mistakes is how we all learn to program. Programming is a little like solving a puzzle where the goal is to get the desired outcome through a series of attempts. You won’t solve the puzzle if you’re afraid to test if the pieces match. An error message will not break your computer. Remember, you can always reload a notebook if it stops working properly or you misplace an important piece of code. Under the edit menu, there is an option to undo changes. (Alternatively, you can use command z on Mac and control z on Windows.) To learn any skill, you need to be willing to play and experiment. Programming is no different.

The simplest form of Python programming is an expression using an operator. An expression is a simple mathematical statement like:

The operator in this case is +, sometimes called “plus” or “addition”. Try this operation in the code box below. Remember to click the “Run” button or press Ctrl + Enter (Windows) or shift + return (OS X) on your keyboard to run the code.

Python can handle a large variety of expressions. Let’s try subtraction in the next code cell.

We can also do multiplication (*) and division (/). While you may have used an “×” to represent multiplication in grade school, Python uses an asterisk (*). In Python,

Try a multiplication and a division in the next code cell.

When you run, or evaluate, an expression in Python, the order of operations is followed. (In grade school, you may remember learning the shorthand “PEMDAS”.) This means that expressions are evaluated in this order:

Python can evaluate parentheses and exponents, as well as a number of additional operators you may not have learned in grade school. Here are the main operators that you might use presented in the order they are evaluated:

An integer, what we sometimes call a “whole number”, is a number without a decimal point that can be positive or negative. When a value uses a decimal, it is called a float or floating-point number. Two numbers that are mathematically equivalent could be in two different data types. For example, mathematically 5 is equal to 5.0, yet the former is an integer while the latter is a float.

Of course, Python can also help us manipulate text. A snippet of text in Python is called a string. A string can be written with single or double quotes. A string can use letters, spaces, line breaks, and numbers. So 5 is an integer, 5.0 is a float, but ‘5’ and ‘5.0’ are strings. A string can also be blank, such as ‘’.

The distinction between each of these data types may seem unimportant, but Python treats each one differently. For example, we can ask Python whether an integer is equal to a float, but we cannot ask whether a string is equal to an integer or a float.

To evaluate whether two values are equal, we can use two equals signs between them. The expression will evaluate to either True or False.

Notice that the strings are combined exactly as they are written. There is no space between the strings. If we want to include a space, we need to add the space to the end of ‘Hello’ or the beginning of ‘World’. We can also concatenate multiple strings.

When we use addition operator, the values must be all numbers or all strings. Combining them will create an error.

Here, we receive the error can only concatenate str (not "int") to str. Python assumes we would like to join two strings together, but it does not know how to join a string to an integer. Put another way, Python is unsure if we want:

We can multiply a string by an integer. The result is simply the string repeated the appropriate number of times.

The value of a variable can be overwritten with a new value.

You can create a variable with almost any name, but there are a few guidelines that are recommended.

Variable Names Should be Descriptive¶

If we create a variable that stores the day of the month, it is helpful to give it a name that makes the value stored inside it clear like day_of_month. From a logical perspective, we could call the variable almost anything (hotdog, rabbit, flat_tire). As long as we are consistent, the code will execute the same. When it comes time to read, modify, and understand the code, however, it will be confusing to you and others. Consider this simple program that lets us change the days variable to compute the number of seconds in that many days.

We could write a program that is logically the same, but uses confusing variable names.

This code gives us the same answer as the first example, but it is confusing. Not only does this code use variable names that are confusing, it also does not include any comments to explain what the code does. It is not clear that we would change example to set a different number of days. It is not even clear what the purpose of the code is. As code gets longer and more complex, having clear variable names and explanatory comments is very important.

In addition to being descriptive, variable names must follow 3 basic rules:

The three rules above describe absolute rules of Python variable naming. If you break those rules, your code will create an error and fail to execute properly. There are also style guidelines that, while they won’t break your code, are generally advised for making your code readable and understandable. These style guidelines are written in the Python Enhancement Proposals (PEP) Style Guide.

The current version of the style guide advises that variable names should be written:

lowercase, with words separated by underscores as necessary to improve readability.

If you have written code before, you may be familiar with other styles, but these notebooks will attempt to follow the PEP guidelines for style. Ultimately, the most important thing is that your variable names are consistent so that someone who reads your code can follow what it is doing. As your code becomes more complicated, writing detailed comments with # will also become more important.

Many different kinds of programs often need to do very similar operations. Instead of writing the same code over again, you can use a function. Essentially, a function is a small snippet of code that can be quickly referenced. There are three kinds of functions:

We’ll address functions you write yourself in Python Basics 2. For now, let’s look at a few of the native functions. One of the most common functions used in Python is the print() function which simply prints a string.

We could also define a variable with our string 'Hello World!' and then pass that variable into the print() function. It is common for functions to take an input, called an argument, that is placed inside the parentheses ().

There is also an input() function for taking user input.

Here are couple more tricks we can use. You can pass a string variable into the input function for a prompt and you can use an f string to add the variable into the print string without use the + operator to concatenate both strings.

We can concatenate many strings together, but we cannot concatenate strings with integers or floats.

We can transform one variable type into another variable type with the str(), int(), and float() functions. Let’s convert the integer above into a string so we can concatenate it.

Mixing strings with floats and integers can have unexpected results. See if you can spot the problem with the program below.

In order to compute the variable number_of_months, we multiply user_age by 12. The problem is that user_age is a string. Multiplying a string by 12 simply makes the string repeat 12 times. After the user gives us their age, we need that input to be converted to an integer. Can you fix the program?

If you would like to check your understading of this lesson, you can take this quick quiz.